In 1956, Rudolph Nissen described a technique for treating gastroesophageal reflux disease (GERD) by folding the stomach up and around the lower esophagus, and called it a “gastric fundoplication”. The procedure has changed over 50 years, most notably when it went from an open surgery requiring a long midline incision to a laparoscopic procedure done through 5 or 6 small incisions. Laparoscopy significantly improves recovery time and lessens postoperative pain while providing an excellent surgical repair.

The Nissen is reserved for patients that have severe reflux.

The goal of a gastric fundoplication is to restore the normal function of the gastroesophageal junction by:

For most patients, we will perform a partial instead of a complete fundoplication, where the stomach is folded only part-way around the lower esophagus. We have extensive experience with partial fundoplications, and have found them to be very effective with less side effects than the Nissen fundoplication. 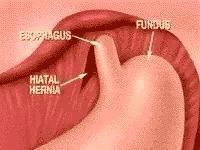 Most of our patients are able to be discharged the same day of surgery (outpatient surgery). Most patients are on pain medications for a few days, then transition over to tylenol and/or Advil. We do not want you lifting anything heavy (anything you have to strain to lift) for about a month after surgery. You can return to work when you feel ready, usually a week or two unless you are required to do heavy lifting. You will have 5 small incisions between your belly button and your rib cage, these will have super glue on them, so you may shower even later the same day if you wanted.

Most patients have pain into the shoulders after surgery, usually the left shoulder. This is called referred pain. The brain doesn’t quite know how to feel pain in the diaphragm, so most patients feel it in the shoulder. If you apply heat to the shoulder, it will hurt less. Either a rice bag that you heat up or a plug in the wall heating pad will be your best friend for a day or two.

For a period of time after surgery the esophageal wall becomes swollen, so the consistency of food intake is restricted for 3-4 weeks after surgery. We have a diet progression that we will provide you upon discharge, and which can be found here.

What Are the Risks and Side Effects of Laparoscopic Fundoplication?

Laparoscopic fundoplication is a surgical procedure with inherent risks of bleeding, infection, and injury to internal organs- all less than 1% risk. Difficulty swallowing occurs fairly infrequently (persisting after recovering from surgery, 6 months after surgery), with about 1 in 10 patients report having to watch how they eat, or having to chew foods thoroughly before swallowing and eating small bites. The newly created valve functions very well at preventing reflux, however this causes difficulty for swallowed air to vent up out of the esophagus. About 30% of patients report increased flatulence, and 1 in 20 may experience some uncomfortable bloating or urgency/looseness to their bowel movements, which may not go away.

The laparoscopic Nissen fundoplication was first performed in 1990, and studies evaluating its long-term effectiveness are now available. Most of these studies look at recurrent reflux symptoms, patient satisfaction with the procedure, and the need for restarting medications as indicators of success. A few studies have reported more objective information such as the results of pH testing or barium swallow. These studies indicate that incomplete symptom control develops in 10-20% of patients over 5-10 years of follow-up. Interestingly, only 1 in 4 patients who restart anti-acid medication actually have documented GERD, and the other 3/4 probably do not need the medication. Many of these patients report no perceived benefit to taking the acid-suppressive medication. For this reason, we encourage postoperative patients to come see us if they think they are having recurrent reflux to ensure that treatment is directed towards the correct diagnosis.

What Happens If the Laparoscopic Fundoplication Stops Working?

If GERD recurs after a laparoscopic procedure that worked well initially, medication will be tried first. If medication does not work and the recurrence is due to an identifiable anatomic issue, such as a recurrent hiatal hernia or a loosened fundoplication, then laparoscopic or open revision can frequently be performed with good outcomes.